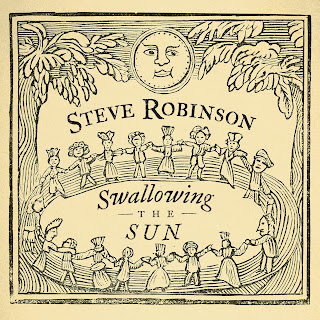 "With The Headlights connection, it will probably be labelled Folk Pop, but Swallowing The Sun is more Pastoral Pop. It is a beautifully arranged album, gentle, magnificently moody, whilst still being melodic. Plenty of hooks, but far more it is about a vibe." - Don Valentine, I Don't Hear a Single
"Robinson’s regal melodies offer the essence of a timeless treasure, with each track as absolutely effusive as the next. This Sun shines brightly indeed." - Lee Zimmerman, Goldmine Magazine
"Now, in the first few months of what looked like a gloomy 2021, Robinson has unleashed his latest solo album, ‘Swallowing the Sun’ and what an inspiring, uplifting experience it is." - Malcolm Carter, Pennyblack Music, UK
"Swallowing The Sun just gives me a good good feeling, like a snatch of warm sunshine somehow embedded in song." - Dennis Pilon, Pop Rock Record
"On his aptly named Sunshine Drenchy Records, he delivers eleven ear worms of folk-rock or folk-pop , all of them instant lockdown companions…Swallowing the Sun seems certain to register in my top albums of 2021." - Andres Kabel - Read Listen Watch
"Beautifully produced and cleanly mixed, I’m sure you’ll find enough favorites here to make this album one that deserves a spot in your playlist. Highly Recommended." - Aaron Kupferberg, Powerpopaholic
"Steve’s Lincolnshire tones are still strongly (and, I suspect, proudly) detectable in his singing.  It all adds to the overall impression that this is a collection of songs with roots in swinging Summer-of-Love London that have undergone a course of seamless Americanisation surgery." - John Barlass, At The Barrier 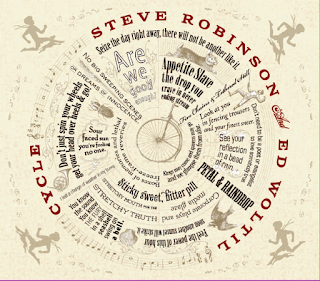 "No filler to be found here, overall its like a musical shot of happiness with the overall theme “Seize The Day”. Simply beautiful and very highly recommended." - Powerpopaholic

"Steve and Ed have joined forces to create what amounts to a clear winner of a song cycle that should garner a picnic basket-sized bucket of kudos and huzzahs when the best-of 2015 honors are dispensed." - Alan Haber, Pure Pop Radio

" Long-time friends coming off strong solo albums, their partnership makes sense, with the sum being a gloriously synergistic merging of talents." - Rob Caldwell, No Depression

"Remember when you heard one of those classic, timeless albums for the first time? One that, as soon as that needle hit the surface of that slab of vinyl,you just broke out into a smile? You couldn’t find a reason why it made you feel good to be alive; it just did. It would have you smiling one minute and the tears welling up the next just because it sounded so good. ‘Cycle’ is such an album." - Malcolm Carter, Penny Black Music

"Tampa Bay's premier folk-poppers team up for one of 2015's best, a graceful and melodic collection of tunes that bring the pastoral side of XTC to mind."
- Steve Ferra, Absolute Powerpop 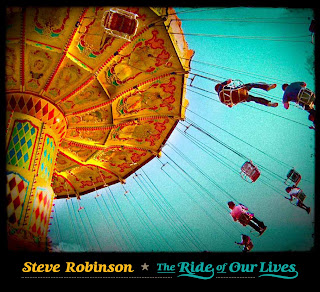 “As usual Robinson takes normal, everyday pleasures and fears, and sets them to outstanding melodies, leaving us to wonder why the hell he isn’t selling shed loads of albums.” - Malcolm Carter, Penny BlackMusic

"Robinson is a class act and this EP was worth the wait." - Steven Ferra, Absolute Powerpop

"Nice, but I really like Mumford & Sons." - Mrs Robinson. 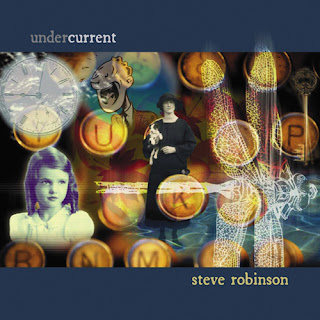 "Every cut is a crystalline gem." - Luke Torn, Uncut Magazine

“This CD is one I’ll carry with me. ” - Malcolm Carter - Penny Black Music

"Why don't you write something that sounds like Maroon 5?" - Mrs Robinson - Our house "If there is anything that connects England and America, it's music, and this purely wonderful album, a testament to the truth of craft and a singer/songwriter's ability to convey it to the hearts of listeners, no matter where they live, is proof." - Alan Haber, Pure Pop, WEBR, Fairfax, VA

"Great acoustic guitar, and his singing voice is excellent. I imagine Roger McGuinn must have considered himself fortunate indeed to have found such a sympathetic guitar player and harmonist as a sidekick." - Dave Gregory (XTC)

"Harmonies on tracks such as "All That Glitters..." are genuinely swoon-worthy. Fans of English pop need to track down this disc with all due haste." - Curtis Ross(Tampa Tribune)

"Clearly, Robinson has an affinity for the sounds associated with The Byrds, but is also at ease in the worlds of Richard Thompson and Ray Davies. All of this is showcased on "Away For The Day", his wonderful debut." - Charlie Backfish, WUSB-FM, Stony Brook, New York

"My daddy records his music in the house and I have to turn down the TV. I wish he'd stop"
- Emma Robinson (age 7)