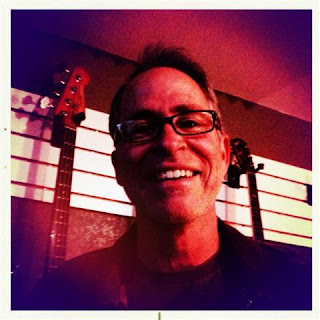 I really feel privileged to be working with the lad, and although I've no idea what the reception is going to be for this record, once it's done, I do know that I've never enjoyed the process of creating music more than this. It's exhilarating enough that I sometimes feel compelled to smack a rusty portcullis with a metal chain just for the joy of it.
Posted by Steve Robinson at 1:13 PM

What an amazing post. My dad really is awesome, isn't he?!